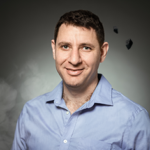 Qubit initialization is crucial for useful quantum computing, and there are various methods in which it is implemented. Whenever we see circuits showing various algorithms, we take it as a given that the qubits all start out in their ground state. However, in reality, we cannot take this fact for granted. Qubit reset, a technique used to bring the qubits to their ground state, can be implemented using various methods. The simplest and least demanding method for qubit reset, or qubit state initialization, is to wait for the qubits to decay to their thermal state. While this is indeed a possibility, it suffers from several drawbacks. Firstly, it’s very time costly, as you need to wait for the qubits to fall back to their ground state. In fact, as qubit lifetimes steadily improve, this time is expected to grow prohibitively long and become a major bottleneck for achieving high throughput quantum circuits. Secondly, there’s always spontaneous excitation that occurs; there’s always a chance that the qubit is not actually in the ground state, thus causing the preparation fidelity to be limited by the thermal distribution of the qubit states.

Active reset tackles both of these problems. It 1) reduces the qubit initialization time, and 2) improves the probability that the qubit is indeed in the ground state after the initialization. Here we will show you how a 3-way collaboration between Q-CTRL, using their Boulder Opal, the DuBois lab at LLNL, and Quantum Machines’ Quantum Orchestration Platform, allows you to perform highly efficient qubit reset protocols with state machine logic that is cleverly optimized for superconducting qubits. If you want to implement similar Q-CTRL protocols with QUA, please refer to the how-to guide for integrating Q-CTRL’s Boulder Opal with QUA, and the Q-CTRL python add-on package for QUA.

Now let’s discuss what qubit readout looks like in this case. In Figure 2 we show an IQ plane diagram. This is a histogram made up of many points, where each point is the result of an individual measurement. We can see that the measurement results cluster in three “blobs” which are Gaussian distributions, each of which corresponds to ground (g), first-excited (e), and second-excited (f) states. We use this histogram to divide the IQ plane into three “decision regions”, shown in Figure 3). Once we’ve determined these regions, we classify each subsequent measurement as being either e, g, or f by the region it belongs to. Here we define a boolean with 0 as false, 1 as true. We introduce thresholds represented as dashed lines, with g_bound being the threshold between the ground and excited state, and e_threshold being the threshold between the excited and f state.

Let’s first discuss the basic idea of active reset by showing the simplest example of an active reset protocol. We start with a measurement of our qubit, and if the result points to the excited state, we play a pi pulse. This is a very simple protocol, as can be seen in the code block below; we just need to include one threshold bound which differentiates between the ground and excited state (here dubbed g_bound). While this method is very fast, it typically does not allow us to reach very high fidelities due to measurement errors, discrimination errors, and pi pulse errors. That's why we need to go a step further, which is the goal of this demonstration.

We will introduce the following time variables (these times are general, and are all quite conservative and can be reduced to decrease run-time):

Now let’s break it down a little. The idea in this code is that we want to constantly assess if we’re in the ground, excited, or f state (f being any higher-order state). We look at the outputs we get from our qubit, namely the I and Q values (in-phase and quadrature components) [1]. We know which Q values correspond to the Gaussian distribution of the various states we’re examining. We place two bounds in the IQ plane. The first one, g_bound, distinguishes between the g state and all other states. We place this bound close to the g Gaussian peak. As we lower the value of the bound, we will classify fewer and fewer points as ground - only those for which we have more certainty. Thus, we can use this parameter to control the fidelity of the initialization scheme - as we decrease it we will increase the fidelity, but spend more time in the initialization scheme. This is a general property of initialization schemes.

Something that we must recognize here is that the OPX+ and QUA give us the flexibility to perform complex decision sequences and state machine implementations that take into account higher excited states. This can be seen in Figure 4. There is no hardcoded logic or specific assumptions made in the design of the OPX+ to enable this sequence, and many sequences such as this one can be created by you, limited only by your imagination! (And feedback latency, which is approximately 200 ns for the OPX+).

We have shown you this protocol which we proposed to run, and we can wax poetic about how much better this works. However, we know you won’t take our word at face value. Here, we show you some results we’ve obtained.

Figure 5 shows the success probability using a confusion matrix. The x-axis displays the measured states, while the y-axis the prepared states. To obtain the statistics, we perform an active reset sequence, then prepare a state and immediately measure and classify the result. To have the highest fidelity, we want the prepared and measured states to be the same for each given 0 (g), 1 (e), and 2 (f) state. Thus, we want the highest probabilities on the diagonals of the confusion matrix.  For clarity, the measurements without active reset involve an 8 ms wait, the thermalization method discussed in the introduction. As shown in the figure, active reset increases these diagonal probabilities by quite a large margin. To quantify the results: the residual thermal population without active reset is 4.77%, while with active reset it drops to 0.94%.

We hope we’ve convinced you about our earlier claim that active reset improves the probability that the qubit is indeed in the ground state after the initialization. Next, let’s discuss the claim that this active reset protocol reduces the qubit initialization time. We do this by running various experiments on the qubit and measuring the run times. This was done in collaboration with Q-CTRL, which provided the algorithms used in the experiments (active reset enables a wider range of optimization techniques on high coherence qubits, for example, closed-loop SU(3)). The results can be seen in Figure 6. This is not a minor improvement: Note that the y-axis is logarithmic! We can see that the open-loop SU(2) calibration time, for example, dropped by more than 2 orders of magnitude. Additionally, the closed-loop SU(3) experiment time dropped from a day, making it impractical to apply, to about 45 minutes, a far more reasonable time.

As an aside, we will show you an example of how this new active reset protocol actually cleans up real-life experiments. In Figure 7 we show the results when we perform a Power Rabi measurement, using thermalization-based qubit reset as well as active reset. Not only is the experimental runtime faster, as shown in Figure 6, but the measurement results become cleaner, yielding more conclusive and regular oscillations. This can have a profound impact on future research in superconducting qubits.

To tie it all together. We can clearly see the advantage of using the proposed active reset scheme presented, as it both increases the fidelity of the initialization (increases the probability of ground state initialization), and decreases the time it takes. This will have profound implications on experimental runtimes, both in industry and academia. Having resolved this issue, we’re excited to see how much easier, and faster, the world of quantum computing will progress.

Have any ideas about the ultimate repeat until success algorithm? Any ideas for useful applications of our protocol? If so, we’d love to hear it! Drop us a line at info@quantum-machines.co.

Lior is a physicist with extensive experience in the development of quantum devices and techniques. He holds advanced degrees in both electrical engineering and in physics. He is currently a research and product team leader at Quantum Machines, working on system, product and architecture engineering of the next generation of quantum hardware controllers.

Lior is a physicist with extensive experience in the development of quantum devices and techniques. He holds advanced degrees in both electrical engineering and in physics. He is currently a research and product team leader at Quantum Machines, working on system, product and architecture engineering of the next generation of quantum hardware controllers.