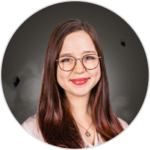 Written in collaboration with and extending on research by Ilan Mitnikov

Quantum computing and neural networks; to be completely honest, I can’t imagine a more hyped-up combination of techy buzzwords. These days it seems like almost everything has a “quantum” prefix, and it often makes my eyes roll. I imagine that people working on machine learning probably feel the same. As physicists, however, we get a free pass to play around with cool algorithms that actually push neural networks and quantum computing away from the hype realm and towards reality. This blog post is about one such algorithm.

Here at QM, we pride ourselves on our innovative approaches. So even though neural network processing in quantum computing has been around for a while, we decided to put a new spin on it and bring something fresh to the table: real-time neural network processing. Yes, the kind that happens right within the FPGA. Not later, not on Python, but right there, as you conduct your experiment. We cannot stress this enough: the OPX+, our qubit control hardware is not an AWG, in fact, it’s nothing like it. Unless your AWG-based quantum control equipment also lets you do real-time classical computation and training. This is where using Quantum Orchestration and the OPX+ really comes in handy. But before I get too ahead of myself, let’s start with the basics.

As their name suggests, neural networks constitute a set of algorithms that mimic the animal brain’s neural pathways, in which synapses transmit information between different neurons. Neural networks learn and adapt to changing inputs, generating the best result. Artificial neural networks operate under the same basic principles. Here, neurons process and receive the signal, where the output is computed using some non-linear function made of the sum of its inputs. The connections between the neurons are called edges; both these quantities have a weight, which changes as learning progresses, changing the strength at the connection. Neurons form layers, in which different transformations are performed, traveling from the input layer to the final output layer. Neural networks can be used to perform various actions, such as classification, optimization, and decision making.

One of the main advantages of the Quantum Orchestration platform is that we can run neural networks directly on the FPGA of the OPX+ device, in real-time, and on the native scale of operations on qubits. This allows us to classify, change, and learn in real-time what we should do with our qubits; as opposed to saving the data and analyzing it at a later point.

For example, we can use convolutional neural networks to classify the state in a quantum dot system. We can thus proceed to apply gates accordingly, all that while the qubits are alive (as in, within the coherence time of qubits). Neural networks can also be applied to superconducting qubits; they can be used for optimizing parameters for real-time state estimation of multiplexed qubits, allowing for ultra-low latency feedback on multi-qubit devices. But more on these examples later. First, let’s examine how neural networks can be implemented using the pulse-level programming language, QUA.

The main idea of implementing the neural network is defining it through various layers and then allowing it to learn. All of this can be done in real-time as the OPX+ is being used. Let’s focus on the first part first: the network itself.

In QUA, we can define layers as Python classes that implement QUA code. We have created dense layers and convolution layers, which are created classes, much like in Python.

We can then train the neural network, and get the output we desire.

One of the most promising qubit hardware platforms is quantum dots (QD) arrays (see more info on quantum control use cases for quantum dots here). In broad strokes, they benefit from fast measurement of spin and charge, long decoherence times, and the ability to perform two-qubit gates [1]. QD setups involve gate voltages that need to be precisely set in order to isolate the system to the single-electron regime, thus leading to a good qubit. Such tuning is a nontrivial task, and becomes more difficult the more qubits are added, as each dot is controlled by at least three gates which control the number of electrons in the dot, the tunnel coupling to the lead, and the coupling to adjacent dots. As more dots are added, the parameters set are increased exponentially.

Currently, most of these voltages are set heuristically and this kind of approach does not work as the number of qubits increases. Thus, to allow for the scalability of quantum dots, there’s a need for another, preferably automated solution. In other words, we’re looking for a way to automate the electron configuration in the dot array, by finding a set of voltages that lead to dots at their intended positions and the correct amount of electrons and coupling. To understand what level of automation this will involve, we must first understand this heuristic approach better. Tuning quantum dots and turning them into qubits is a process that involves the identification of the global state of the device from a series of measurements. Subsequently, parameters are adjusted based on observation. Currently, this is done by a researcher actively looking at the placement of the quantum dots. This is where machine learning, specifically convolutional neural networks, comes in.

Take a walk on the QUA side

Let’s go through the QUA code first. It starts with us defining the neural network, made of several dense and convolutional layers that we’ll use to classify the state of our quantum dot. Each layer contains the size of the layer, followed by the size of the filter, which gets subsequently smaller and smaller.

The inputs to the network will be generated in the following code block where we will measure a given state using the charge bistability diagram:

We then train our neural network in real-time or offline, based on the outputs from the measurement, where the labels are given ahead of time for partially known states and are then generalized for other states.

Finally, after the training, we are able to classify our states using the neural network, simply by measuring the quantum dot and using the measurement as input to the network. The result is then available in real-time while the qubit is still alive, and we can perform different operations depending on its state. For example, here we say that if the charge state is greater than 2, we apply a π pulse to the qubit.

Having full control of the FPGA through an intuitive pulse-level quantum programming language, QUA, allows for some very interesting things. We can run neural networks in real-time, such that we train our neural network and then apply the learnings right away. The applications are endless and one of them is the quantum dot tuning described in this post. The intersection of quantum computing and machine learning is a fascinating one, and personally, I’m very excited to see how this field progresses.